Brighton Blonde Productions was formed over a beer by actor and director Beth Symons, and myself with the intention of bringing new flavours of comedy to the stage. Our first collaboration was A Glass of Nothing, first performed in May 2016. 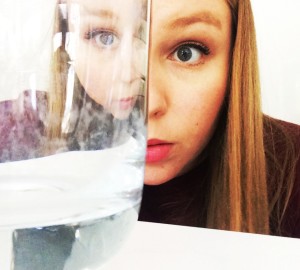 Beth graduated from London College of Music with a BA Hons in Acting for Stage and Media in 2014. While training, she performed in The Camden Fringe in the comedy sketch show Blondage and in Brighton Fringe 2014 with Relationship Status: Desperate a piece she also co-created and directed. A lead  role as Germaine Lauzon in Les Belles Soeurs  at Kingston’s Rose Theatre followed. Since graduating, Beth has worked in numerous theatre and film projects from Cinderella in Cairo to a B&Q carpark in North London.